Mexican Fiesta was the theme of the ninth neighbourhood street party in Ladner on July 13, 2019. This year the local residents were given an extra boost with $300 from a Neighbourhood Small Grant from the Delta Foundation, through funding from the Vancouver Foundation.

The annual summer party has been seen as an opportunity to help build strong community relations with those in the neighbourhood, given that people are so busy with their daily lives and rarely get the opportunity to meet and get to know each other. The party has allowed the neighbours to bond as a community and feel a part of something bigger. 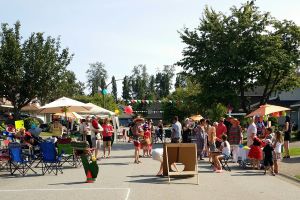 The festivities began at 3 pm with the hoisting of the party piñata, followed by games for all ages, children and adults, such as relay races, trivia games, water balloon toss and theme related games. For the special bike parade everyone was encouraged to decorate their bike and join in. Hot dogs, chips, chilli and cake were provided, meaning that nobody had to feel that they had to bring food, although there were some surprise dishes some people brought along to share. After the meal children broke the piñata. 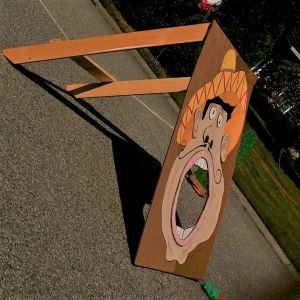 Some commented that this annual party was their only chance to chat with neighbours since the last party.

Beautification of townhome community — Neighbourhood Small Grant
We use cookies on our website. By clicking “Accept”, you consent to the use of cookies.
Read More Accept
Manage consent

This website uses cookies to improve your experience while you navigate through the website. Out of these, the cookies that are categorized as necessary are stored on your browser as they are essential for the working of basic functionalities of the website. We also use third-party cookies that help us analyze and understand how you use this website. These cookies will be stored in your browser only with your consent. You also have the option to opt-out of these cookies. But opting out of some of these cookies may affect your browsing experience.
Necessary Always Enabled
Necessary cookies are absolutely essential for the website to function properly. These cookies ensure basic functionalities and security features of the website, anonymously.
Functional
Functional cookies help to perform certain functionalities like sharing the content of the website on social media platforms, collect feedbacks, and other third-party features.
Performance
Performance cookies are used to understand and analyze the key performance indexes of the website which helps in delivering a better user experience for the visitors.
Analytics
Analytical cookies are used to understand how visitors interact with the website. These cookies help provide information on metrics the number of visitors, bounce rate, traffic source, etc.
Advertisement
Advertisement cookies are used to provide visitors with relevant ads and marketing campaigns. These cookies track visitors across websites and collect information to provide customized ads.
Others
Other uncategorized cookies are those that are being analyzed and have not been classified into a category as yet.
SAVE & ACCEPT